Subsidiarity | Latin: subsidium means “help” or “assistance” – an organizing principle of devolving decisions to the lowest practical level.  Thus, smaller, more local, or “lower”, human associations have proper social functions which should not be assumed by larger, or “higher” associations (i.e. performance on a higher/macro level should only be warranted in the pursuit of assisting a lower/micro level to fulfill their functions).

A number of months ago I was in a meeting with a city council person from a Wasatch Front municipality.  We were having a discussion regarding some land entitlement efforts that I was working on as part of my job responsibilities.  I had been working on this particular project for about three years at the time – working specifically to develop a system of entitlement that would not only address issues of land use policy (which the city would administer) but also a system of land management (which the property owner would administer).

As we discussed the work that was being done and the objectives associated with this project this city council person sent my jaw crashing to the floor when  the accusation was made that what we were doing was trying to implement the United Nation’s Agenda 21 in their city.  I could not believe what I was hearing.  One, because of the innuendo being made in the comment and its reference – two, because the work being done instead was meant to insure and protect the rights associated with both choice and free will.  Ultimately, the work being done had the full intent of instituting the principle of SUBSIDIARITY (more on this to come). 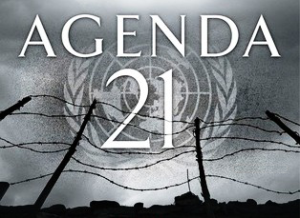 If you are unfamiliar with Agenda 21 here is a quick explanation: Agenda 21 is an action plan that was developed during the UN Conference on Environment and Development which was held in Rio de Janiero in 1992.  The intent of this action plan was to establish executable principles focused specifically on sustainable development practices.  On the surface one might think work towards sustainable development practices would be a worthy goal.  Agenda 21 has met fierce opposition in the United States, specifically from the Tea Party movement which believes that it is a global conspiracy to strip individuals of their property rights (among other things), which are protected under the 5th Amendment of  the United States Constitution.

In principle, Agenda 21 has some good reasoning behind it – I believe it actually means well.  It is rooted in delivering principles of sustainability, including a poignant definition of sustainability that is difficult for anyone to argue against – meeting the needs of the present without compromising the ability of future generations to meet their own needs.  However, Agenda 21 is fatally flawed in its approach of delivery and implementation, because in its roots are a top-down, socialist structure that strike at the heart of many U.S. citizen’s fears.  To go so far as to call it a global conspiracy (as many do) is simply paranoia (again, my opinion), but it does have legitimate problems which impede its principal acceptance in the United States.

I use Agenda 21 as an example to serve as the counter to the earlier mentioned principle of subsidiarity.  Subsidiarity is a term that is more correctly rooted in the American view of how governmental leadership is intended to work.  The principles behind subsidiarity are meant to place decision making authority at the level where it is the most practical for a given decision to be made.  With this understanding comes an identification of responsibility of higher orders and the associative limits to their “power” when dealing with lower orders.  It should not be the role of government to impede lower orders and take decision making authority away from them.  Rather, government’s leadership role should instead be to assist in the empowerment of lower orders to make decisions where it is the most applicable and appropriate for the decision to be made.

Thomas Jefferson spoke of the principles associated with subsidiarity quite eloquently when he said:

“It is not by the consolidation, or concentration of powers, but by their distribution, that good government is effected.  Were not this great country already divided into states, that division must be made, that each might do for itself what concerns itself directly, and what it can so much better do than a distant authority. Every state again is divided into counties, each to take care of what lies within its local bounds; each county again into townships or wards, to manage minute details; and every ward into farms, to be governed each by its individual proprietor. Were we directed from Washington when to sow, and when to reap, we should soon want bread. It is by this partition of cares, descending in gradation from general to particular, that the mass of human affairs may be best managed for the good and prosperity of all.”

Abraham Lincoln also spoke of the

principles of subsidiarity in government by saying:

“The legitimate object of government is to do for a community of people whatever they need to have done but cannot do at all, or cannot so well do for themselves in their separate and individual capacities. In all that the people can individualistically do as well for themselves, government ought not to interfere.” 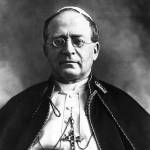 During the 20th Century the Catholic Church was extremely vocal on the topic of subsidiarity.  Back in 1931 Pope Pius XI said:

“It is an injustice and at the same time a grave evil and disturbance of right order to assign to a greater and higher association what lesser and subordinate organizations can do.”

“The principle of subsidiarity must be respected: A community of a higher order should not interfere in the internal life of a community of a lower order, depriving the latter of its functions, but rather should support it in case of need and help to coordinate its activity with the activities of the rest of society, always with a view to the common good.”

Lastly, LDS Church leader Ezra Taft Benson made subsidiarity references when speaking to an audience at Brigham Young University regarding the proper role of government: 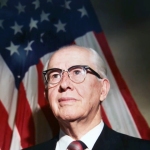 “The Constitution provides that the great bulk of the legitimate activities of government are to be carried out at the state or local level.  This is the only way in which the principle of self-government can be made effective.  The smallest or lowest level that can possibly undertake the task is the one that should do so.  Only if no smaller unit can possibly do the job should the federal government be considered.  This is merely the application to the field of politics of that wise and time tested principle of never asking a larger group to do that which can be done by a smaller group.  The smaller the governmental unit and the closer it is to the people the easier it is to guide it, to correct it, to keep it solvent, and to keep our freedom.”

What is demonstrated in these quotes, coming from both government and religious leaders, is the understanding of how leadership should be posed to operate within society.  The purpose should never be to dictate through top-down edicts. Rather, the role of leadership should instead be to empower from the bottom-up.  The role of subsidiarity is critical from this standpoint because of what it ultimately represents in the lives of individual human beings.

Subsidiarity is a critical principle to understand, in part, because without understanding its principles infringement is potentially not far behind.  To disregard subsidiarity is a dangerous precedent that must be guarded against because of what it ultimately means to the rights granted to individuals by the U.S. Constitution.  Whether a person is religious or not it is a fact, that all must clearly recognize, that the rights the Constitution establishes for the United States are rooted in Christian principles associated, in part, with man’s agency which has been granted by God (based on biblical teachings).

I am a strong believer in the rights and privileges associated with a person’s ability to exercise their ability to choose (in other words – free will or agency).  With the responsibility associated with choice is an understanding that one does not have the right to infringe on another’s equal rights to choose through an improper execution of choice.  This leads to a necessary understanding that mistakes will sometimes be made as one exercises their free agency – but this is also a critical and necessary part of the learning process in making choices.  To the degree that mistakes are made, which don’t infringe on the rights of another, experience is gained and improvements in later decisions can be achieved.  If this process is short-circuited by the rights of choice being stripped by higher levels of authority then growth cannot occur and agency is impeded.  The correct execution of leadership, rooted in the principle of subsidiarity, allows for free will to remain intact.  This relationship, between subsidiarity and the proper use of free will, has been given to us by God.  The closer a decision is made, at the level of the individual and/or family, the more intact one’s agency stays.  The greater the separation between a decision and those a decision may impact leads to an individual becoming a creature of circumstance, rather than a creator of it.

It is imperative that, on an individual level, we understand the principle of subsidiarity and ensure that it is intact within each area of governance that touches us.  We have a God given right to make choices through the agency that we have each been granted.  Any system which may strive to take agency away, rather than work towards assisting in the correct execution of agency, must be challenged.